Nissan Kicks 2020 e-Power With Self-charging Range Extender || Nissan Kicks e-Power uses a 1.2-litre petrol engine and an electric motor to form a range extender system with 129 hp power and 260 Nm torque, launched in Thailand Nissan introduced the Kicks in India in January 2019 and in several markets, it replaced the more premium Juke.  ( InnovatopnGuru) 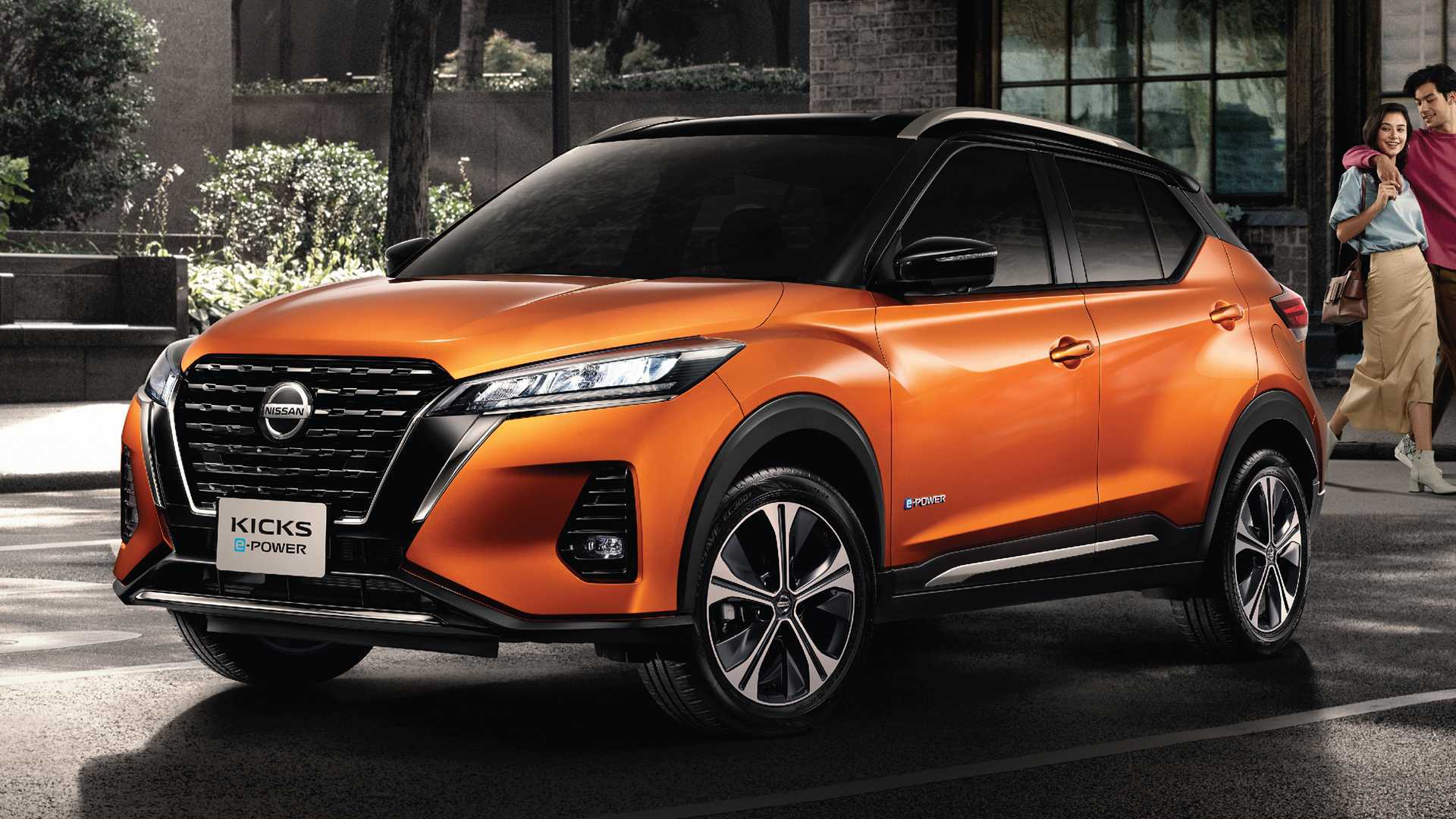 The Kicks acted as a more affordable alternative to the Juke as Nissan targeted high volume sales with the crossover globally. While the Kicks’ sales have rather been less impressive in the domestic market, the same cannot be said for overseas especially in Latin America.

The Kicks has received a mid-life facelift in Thailand and it is not a stereotypical makeover to expand its lifespan and instead, Nissan has dug deep. The Japanese brand’s Thailand division becomes the first unit to produce an e-Power equipped car outside of its home market with the Kicks e-Power.

The unique technology eliminates the need of spending time at the charging station. The e-Power self-charging range extender drive is a serial hybrid system Nissan has been successful with. The wheels are driven by an electric motor that draws juice from a traction battery pack, which in turn, is supplied with energy from an internal combustion engine, as it acts as a generator.

On the inside, the 2020 Nissan Kicks e-Power packs a redesigned gear lever area, updated start-stop button and EPB (Electronic Parking Brake) while the multi-functional steering wheel, instrument cluster and dashboard look identical to the outgoing model. The all-important hybrid powertrain in the facelift is shared with the Versa Note.

The 1.2-litre three-cylinder petrol engine works in tandem with an electric motor to form the e-Power system and is paired with a CVT automatic transmission. It generates 129 horsepower and 260 Nm of peak torque. It has an average fuel consumption of 23.4 kmpl in Thailand and emits 100 grams of CO2 per km. Its direct rival, the Toyota C-HR Hybrid develops 122 horsepower using a 1.8-litre petrol/electric motor that return 24.4 kmpl and 95 g/km of CO2. Around 100,000 baht (Rs. 2.36 lakh) cheaper than the C-HR, the Kicks e-Power costs between 889,000 (Rs. 21.02 lakh) and 1.049 million baht (Rs. 24.80 lakh), and is offered in four trims. It also gets six standard airbags and a host of driver-assistive features.

The lithium-ion battery and electric system have 10 and 5 years warranty respectively. Nissan could expand its reach to other Southeast Asian markets and we do not have official information on whether it will make its way into India or not. Considering Nissan’s strong drive towards hybrid and electric system, we can expect the e-Power technology to be leveraged for use in international markets like the United States.

Review of Insfollowers: The Best Tool for Free Instagram Followers and Likes