Some future weapons that can rule the world: Top 10 Future Technology Guns

1. XM25 CDTE: It has punished & semi-automatic air burst system which makes it most innovative futuristic gun. The denoting distance can be manually adjusted by upto10 ft shorter or farther. The muzzle velocity of the gun is 210.3 m/s. It is used by U.S. The works with the firing range of 1,100 yards. The cartridge of the gun is 25×40 mm.Future Technology Guns 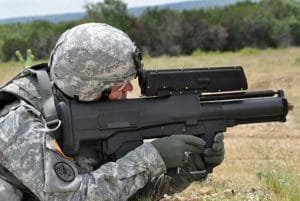 2. KRISS vector: The vector is a submachine gun. It is developed by the American company KRISS USA. The designer of the gun is Renaud Kerbrat. It has patented action. It has 55 yards as the effective firing range. The length & the calibrate of the gun is 24.3 inches and 9×19 mm. The rate of fire of the vector is prototype: 1,500 RPM; vector SMG: 1,200 RPM.

3. ChiappaRhino: Rhino is an light weight & easy to carry. It is the most innovative development in revolver technology. The designer of the gun is Emilio Ghisoni & Antonio Cudozzo. The manufacturer of the gun is Chiappa firearms. Cartridge: 357 Magnum; 9×19 parabellum. Rhino fires from the bottom of the cylinder rather than the top. It has the improvement that move the revolver forward into the 21st.

4. AA12 Atchison assault shotgun: The auto-assault gun originally developed in 1972 by Maxwell Atchison. The original design is the basis of several later weapons including the USAS-12 combat shotgun. The length of the gun is 45.7 cm and the muzzle velocity is 350 m/s. The rate of fire of the gun is 300 rounds/min. It is fed from the either 8 shell magazine or a 20-32 shell drum magazine.

5. PHASR rifle: PHASR (personal halting and stimulation response rifle) is a non-lethal illumination technology weapon. It is the first man-portable, non lethal deterrent weapon. It is a prototype gun which is non laser dazzler. It is developed by the air force research laboratory directed energy directorate U.S. department of defense. 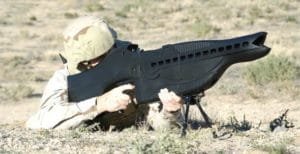 6. Tracking point .388: It is an precision guided technology that calculates the range of a target. It also has an optic that tracks target. It is an reliable & paired with the patented lock & load precision. The length & the caliberity of the gun is 45 mm.The velocity of the gun is 20 MPH.

7. Armatixip 1: Armatixip 1 is a semi automatic pistol with smart gun technology developed by German firm. It has a special power of utilizing radio-frequency from wrist watch known as the iw1 to identify the user. Armatix GmbH is the manufacturer of the gun. Length & the cartridge of the gun is 175 mm & 22 LR. It works with the firing range of 75 yards. 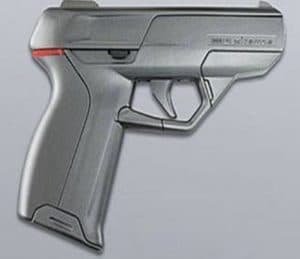 8. Corner shot: Corner shot is an semi automatic pistol. It was invented by Lt. Col Amos crolon of defense force. In early 2000 it was used by SWAT teams & Special Forces in hostile situations. The length & the mass of the gun is 82 cm & 3.86 kg. The manufacturer of the gun is corner shot holdings, LLC. It is the versatile 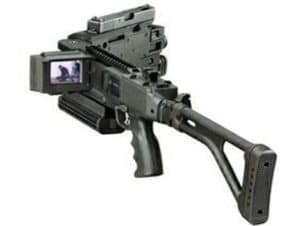 9. ZIP pistol: It is one of the futuristic gun that redesign the classic guns. It is an unconventional gun in terms of its shape. It is build with a full polymer body. The parts of this pistol is made of aluminium & it also has features a steel 5.2” barrel. It also uses plastic in this weapon to leave space for customization. 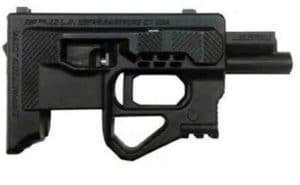 10. FN five-seven pistol: FN can penetrate many types of body armor. It is a light weight polymer with a large magazine capacity. It also has ambidextrous controls & low recoil. The length & the height of the gun is 21 cm and 14 cm. FN herstalis is the manufacturer of the gun. It works with the muzzle velocity of 762 m/s. It is demo automatic gun. 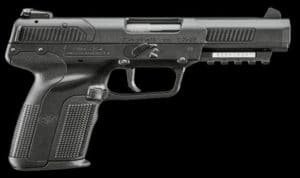 An Essential Guide to Wristwatch Types and Movements