Illegal car modifications in United State ,When it comes to our cars, you’re going to want to end up making it better in some way. There’s something about the ability to personalize your car and modify it that’s really close to our hearts as we really fall in love with the process of taking a blank canvas and making it our very own. For starters, you are going to look exactly like everyone else who bought that car on the road and in the parking lot. That will offend the unique spirit in many people and might even give you a hard time figuring out which car is yours. There is an easy answer to this problem: car modifications. Custom paint jobs take care of any cosmetic similarity your car has with the legions of others, but that’s only the beginning of your options. You might want to raise your truck up a foot or more, install a thunderous stereo system, or make performance upgrades. In some cases, you might even install a device to help you avoid speeding tickets in your fast, modified car. That’s where some folks get in trouble. Just because you want the coolest low-rider on the block doesn’t mean you can make it legal. However, it often depends on the state (sometimes, the county) where you live.

Here are 10 vehicle modifications that are illegal in many parts of the U.S.

Before you boost up your truck or passenger car, you’ll want to check your state’s lift laws. Elevating a muscle car or midsize sedan above 22 inches will get you a ticket in states like Florida and Ohio. The same goes for trucks topping 26 inches. Some states measure the legal amount of lift by what you add to the factory height. For example, Indiana law says you cannot raise a bumper more than three inches. Basically, if someone needs a step ladder to hop inside, your car exceeds the legal limit.

As with vehicle lifts, many states regulate how much you can lower a vehicle. For example, Georgia law prohibits lowering a bumper or suspension more than two inches below factory specifications. Maryland also has limits in place for those who want to drop a vehicle to the ground. Neither California nor Arizona has limitations on how much you can bring a ride down. If you wonder how low-rider culture began, start there.

Put tinted windows on any car or truck and it looks like an upgrade. However, there are laws banning or limiting tint jobs in nearly every state. For example, Illinois law prohibits any front or side window tinting unless the driver has a medical condition (and the documentation to prove it). Other states allow some tinting on the upper edge of the windshield or permit tints as long as they transmit a minimum percentage of light. Cops carry devices to measure how much light passes through the windows, and they’ll ticket you if they find a violation.

You probably didn’t need us to tell you, but we’ll note this one is illegal just in case. You can’t cover your license plate in any way while driving. The police will give you a ticket if a custom plate frame even covers a few numbers. If (hypothetically speaking) you go so far as to install Rugift’s electric device that automatically covers front and back plates at the flick of a switch, you’ll probably end up in even more trouble. Still, consumers in Russia and the U.S. can pick one up from Rugift.com if the mood strikes.

Blaring your favorite tunes for the world to hear used to be more popular. Since the early days of the booming system, many states and local municipalities passed laws to limit how much damage you can do to others’ eardrums and taste in music. Cops could give you a ticket based on the volume (i.e., decibel level) or how far away someone can hear your music. The Florida Supreme Court famously struck down a car stereo law in 2012, but officers can still cite you if county laws in that area allow them.

Surprisingly, radar detectors are legal for passenger vehicles in every state except Virginia. (D.C. drivers cannot use them either.) However, anyone operating a commercial vehicle cannot install one of these devices, so they are certainly illegal for truck drivers. If you mount one above the dashboard, police may give you a ticket for obstructing the view of the driver, so check local laws on placement if you opt for a radar detector.

Law enforcement will often use laser guns rather than radar when tracking the speeds of highway vehicles. In some states, more than half the tickets come from the use of these laser readers. As a result, you might consider a laser jammer for your car. These devices, which sell for about $600, have ways to deflect or distort the signal sent from a police officer’s device. Not surprisingly, they have become illegal in states such as California, Texas, and Minnesota.

It might be tempting to look into an aftermarket exhaust kit for an extra horsepower boost. However, if any of these mods disable or alter emissions levels from your car, you are breaking the law. You won’t pass inspection with these tweaks and, if any upgrade jacked up the volume on your engine. You could draw the attention of the cops. Fines will follow, as will dirty looks if you have any families with young children in your neighborhood. 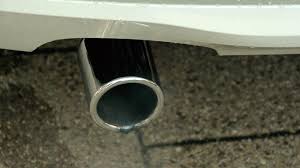 Sure, the 90s have come and gone, but some people still think neon lights look cool under a car. If you plan to add some type of spotlight to your vehicle’s undercarriage, check the local laws. Authorities in many cities and states don’t want drivers to confuse a regular citizen with a police officer. So, blue and red lights are banned in most jurisdictions. Several states ban use of hazard lights unless certain conditions exist, and underbody lights could fall under that banner.

Light bars come in handy. If you like to take your pickup truck off-road, but driving with them on highways is illegal unless you cover them. Otherwise, these light can reflect off oncoming headlights and endanger other drivers. Accidentally using them on the road is another risk when you don’t cover them. Drivers will struggle to see anything if you are flashing a row of lights in their direction on the road. Cops will definitely pull you over for this one.