The process of using e-cigarette is known as vaping. Moreover, when e-cigarette is used, the nicotine solution turns into vapour and it is inhaled in lungs by the user. It is a type of smokeless cigarette.

Electronic Nicotine Delivery Systems (ENDS) popularly called electronic cigarettes. These are available in many shapes and sizes, including the prominent brand. Which resembles a flash drive? And contains roughly the same amount of nicotine as in an entire pack of cigarettes.(Can electronic cigarette be harmful ? Facts & Construction.

In four years of JUUL VS NJOY Electronic cigarette, it has captured more than 70 per cent of the e-cigarette market.

ENDS include a battery, an atomizer and a cartridge.Which contains liquid nicotine, propylene glycol and flavors to attract kids and youth.

And these products, though unapproved under Indian law, are available mostly through e-commerce sites.Because of the lack of awareness and poor implementation of law.

Due to its harmful effect on 18,sept gov. Has banned e-cigarette.

Why ban on e-cigarette by gov.?

E-cigarette, due to smokeless, youth preferred it as they can use it freely. Seeing its addiction & harmful effect among youth, government has banned it. Nirmala Sitharaman, finance minister has announced to ban all the related work to e-cigarette. Such as import-export, transport, sale, distribution, storage & advertisement.

Smokers choose to smoke for the nicotine. “They are not interested in the burning and the smoke,” said Venkatesh. “Think of it as similar to women using open-hearth ovens to cook. There used to be a lot of smoke because of the burning of coal. They inhaled it and landed up with respiratory diseases. Through technology, we eventually banning e-cigarettes are: 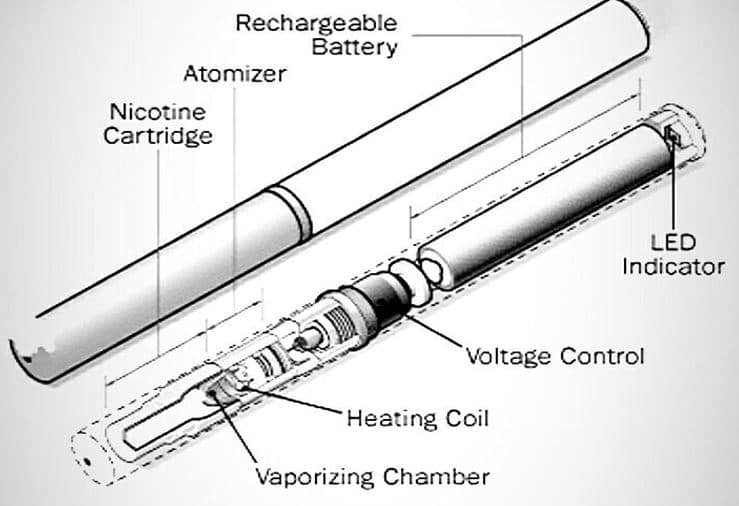 E-cigarette is a battery-powered device that converts liquid nicotine into a mistor vapour. Which the user inhales. There’s no fire, no ash and no smoky smell. E-cigarettes do not contain all of the harmful chemicals.That are associated with smoking tobacco cigarettes, such as carbon monoxide and tar.

When the user sucks it, the heating element activates. Above all, causes to vaporise the flavoured liquid or nicotine liquid solution from the mouthpiece. However, when the solution becomes vapour then the user inhales it.

How e-cigarettes are better than cigarette?

While a 2018 National Academies of Sciences, Engineering, and Medicine report found substantial evidence that exposure to toxic substances from e-cigarettes is significantly lower compared to combustible cigarettes, recent studies are showing that is not the end of the story on health impact. It now appears that e-cigarettes may present their own unique health risks, including to the respiratory and cardiovascular systems. Given the products’ relatively recent introduction to the marketplace, further research is needed to evaluate the short and long term health impacts of e-cigarettes. (Source)

There are other alternative Smokeless tobacco products contain less nicotine that people are using to quit gradually, they have many names and they fall into several categories, Chewing tobacco can also be good alternative.

Chewing tobacco is tobacco in the following forms:

Chewing tobacco sits between the cheek and gum. Usually, the person spits out the tobacco juices. But long-time users may swallow some of the juices.